September. September is my favourite Sweden month. A few days ago the winds blew away the last of the summer heat and now it’s chilly outside. It’s the beginning of the “want to wear gloves” kind of weather, but there are still sunday afternoons where the sun is warm and you can sit outside in a T-shirt.

The other day we had an early birthday party for my sister. She’s going to Australia to do a DTS, a discipleship training school, with the same organisation I’ve worked with before. So it was a bit of a going away party as well. And we had brunch, which was the best part. 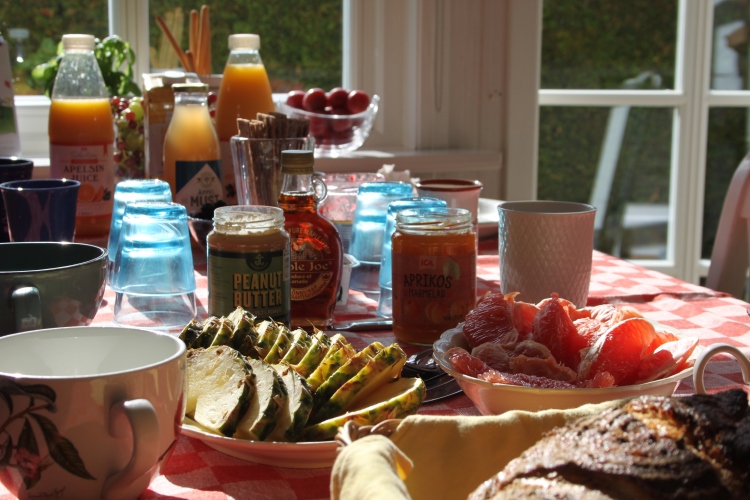