(Different ways of being in places that aren’t really home)

Leaving – The sudden realization that you’ve already left a place. But you’re also still there. You walk the streets and you see the views, but like in an old photo where everything’s already memories.

Arriving – When you’ve put your feet down. Stopped walking, stopped pacing, stopped turning your head around. You’ve sat down and you’re there. A feeling that exists in short, defined moments, usually parallell to emotional contentment and the good kind of acceptance. Can echo into longer or shorter seasons.

Going – Similar but different from leaving. You know that where you are is for a time and that you’re going somewhere else, but it doesn’t make you any less present. Drop the emotional detachement. If leaving is the feeling that you should have already left, going is the knowledge that you will, when it’s time.

Completely random thought from the other day:

There’s never been a generation more aware of their own sin. They might not categorize it as such, and they might try to cover it up – or cure it – with some twisted form of self acceptance. But don’t underestimate how much the world knows its judgement. And how much it acts in compensation for that.

(And of course let’s not skirt around the edges of chains, but let’s focus on how they fall.)

(Florida, love, I missed you) 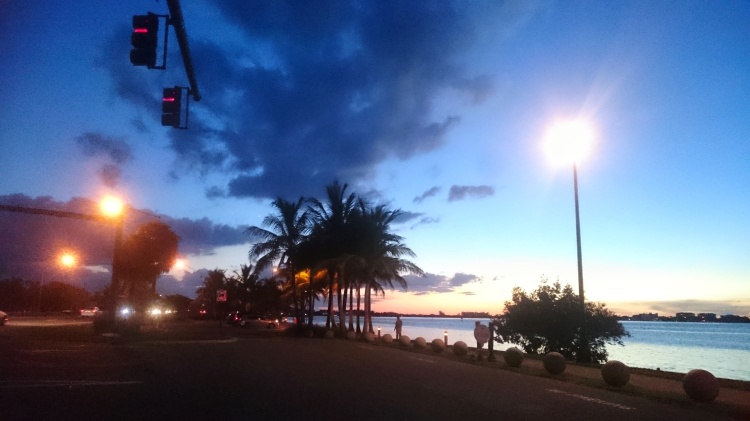 (The sun falls into our garden at an angle, and it flows over the dead tree with five perfect spiderwebs in its corners. Threads grow from the ground up into it, my mum put them there for flowers to follow. They will continue next stummer. Right here, the sky is half blue, half dark gray. Water rests on the grass from ten minutes ago. It’s green still, and for now all golden, in this last rest of summer. For goodbye, go down with it.)

This is actually goodbye because I’m going to America again. Like, tomorrow. I’ll try to write there too, but here’s something I’ve discovered: This blog is about swedish summer, and about this cabin in the midst of it. If I continue, I need to figure out how to make it about the rest of my life. Possibly by figuring out the rest of my life. We’ll see.