My two favourite places to sit and work in the city:

1. The library in Nürnberg consists of two buildings, linked by a super confusing system of corridors and stairs. The new part is a tall building, extremely ugly from the outside, but modern and bright on the inside. The old part however, is some kind of old monestary I think? The floor is covered in old carpet and the ceilings are lower, it smells kinda weird sometimes, but it has a courtyard where the trees are still bright yellow and orange, and a café on the lowest floor with dark wooden furniture that makes you feel like you’re a professor at a british university. I like it. Last time I was there I dragged a chair to one of the windows overlooking the courtyard and I used the broad windowsill as my desk. It’s a good place to sit. 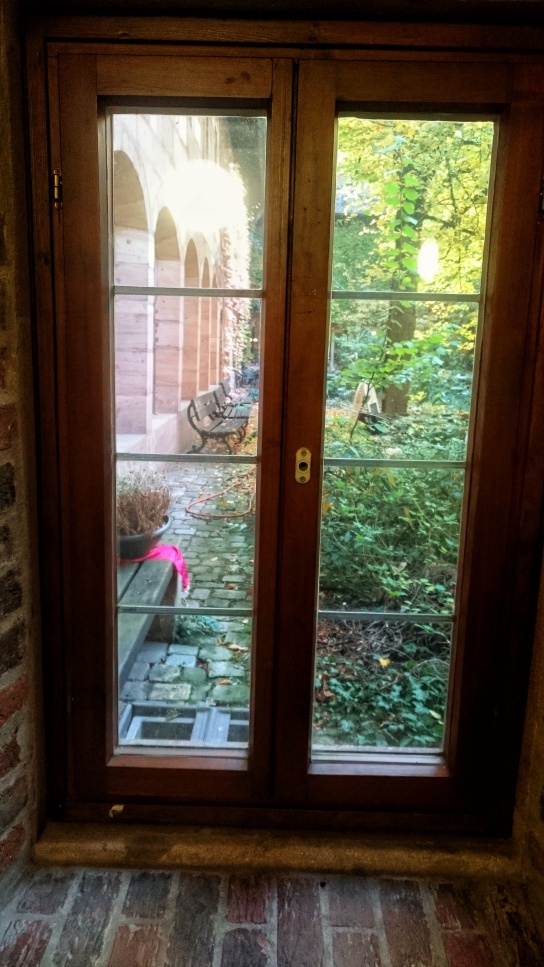 2. I know Starbucks has long ago reached that point where it’s too annoyingly popular to be cool. But I appreciate their culture. If I go to a cozy german café they will expect me to actually appreciate it, and be aware of my surroundings, and not stay for like three hours just sitting in front of my computer. Starbucks though, they don’t care, they expect that, and there’s not even any staff on the second floor most of the time. I just sit there being oblivious of where I am for a while, but I have coffee or hot chocolate and the buzz of movement around me. It calms me down when I’m too unfocused to work from home.